Brothers Nick and Eric Vidal, better known as The Baka Boyz got their on-air name from their hometown of Bakersfield, California.

They first achieved fame on KPWR Power 106 in Los Angeles with their own show “Friday Nite Flavas”, then later with “World Famous Roll Call” and in morning and afternoon drive time.

The Baka Boyz have been mixing on the radio for 30 years with their Hip-Hop Mastermix.

Now, they will be mixing the songs that made them world famous in the NEW Hip Hop Mastermix Classic.

There will be a house party coming out of your speakers every weekend featuring mixes of 90’s hip hop, R&B and more.

Giving you the perfect mix of the pulling power to hook in your listeners, keep them listening for longer AND massive commercial opportunities through sponsorship and adverts.

It’s a win-win for you, your station AND your listeners.

You Have Three Cool Shows To Choose From
(Or take all three as our most successful partners do!) 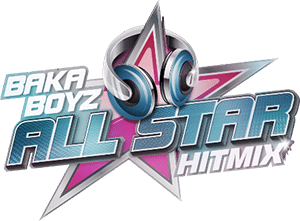 Perfect to start your weekend party!

Most of the songs are special remixes, bootlegs, and extended versions by other prominent DJs and remixers.

Instead of winding down the weekend, keep your listeners in the party mood with this superb world beating show.

Ideal to continue the weekend vibe with a late afternoon into early evening show, the choice is yours!

This is your opportunity to ride the exciting wave of Hip Hop and R&B In Your Market with these truly area exclusive shows.

We Only Allow One Station In Each Area To Carry
These Shows, Will It Be You Or Your Competition?

Request more information today and let’s see if we can have true Hip Hop Legends on YOUR Station!